Baking from scratch seven days a week, our ovens are always on.

Delivering the highest quality bakery products with a clean label.

With 300+ items in the recipe file, we are always excited to find the best product mix for the client.

He is known for his dedication to the craft & his ability to innovate with the freshest, highest quality ingredients in the market.

Robert grew up in a culinary household. His mother was a cooking teacher and recipe tester for Bon Appetite Magazine, which consistently challenged the family to try new foods and cooking styles. Likewise, the guest Chefs that would stay at their home in Pasadena, California were a major influence.

Robert’s culinary background – also influenced by his time at the California Culinary Academy in San Francisco, has provided the tools to create innovative and wholesome bakery concepts that include Gluten-Free Granola, Angel Food Cakes and world-class Scones.

His loyal staff – many of which have been with the bakery since its opening 25 years ago – create a family style work environment, dedicated to 100% customer satisfaction, baking 7 days a week.

Strategically located in Glendale, California, Distinct Indulgence efficiently services the Northern and Southern Regions of California. National accounts are serviced out of the same facility, with product delivered weekly to the Northwest, Midwest and East Coast. 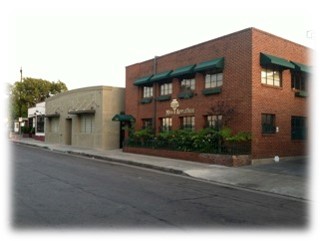 Questions? Reach us below: